The Hatboy Project is a mod for BioWare's Mass Effect 3 (2012), written, scripted and implemented entirely as a solo venture from start to finish.
It has been featured on PC Gamer, TechTimes, GamingBible, and TheGamer, and a playable build was released in August, 2022.

It introduces a complete romance path between a female player protagonist, Commander Shepard, and the character of Joker. The mod involves branching dialogue and accounts for many different variables within the conversations it handles, including non-linear plot progression. Placement and pacing in the overall story was also a consideration. The narrative was written with particular focus on "fitting in" alongside the vanilla experience, with its writing praised by users.

Fully voiced through a combination of xVASynth AI technology and splicing vanilla audio, the mod represents a technical achievement and demonstration of commitment. The Hatboy Project was developed over two years.
Skills in audio editing and Wwise, digital cinematography, animation, and proprietary systems involved in working with UDK all had to be learned to a standard acceptable for producing work. Storyboards and even a proof of concept animatic were drawn as visual reference.
​ 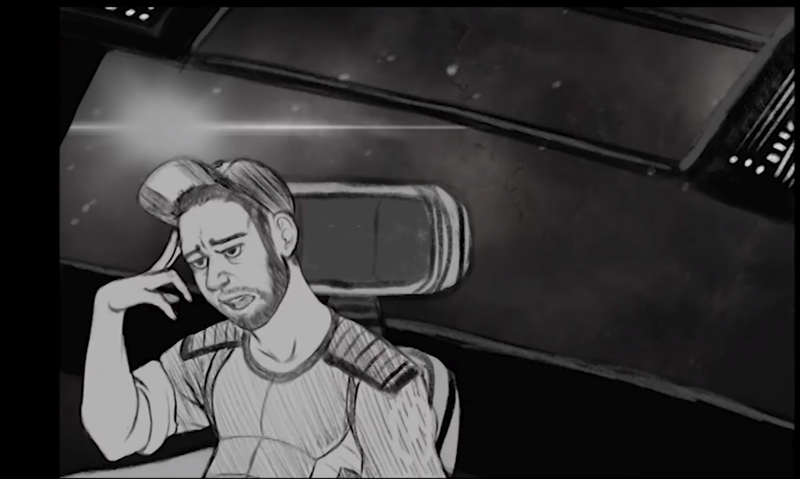 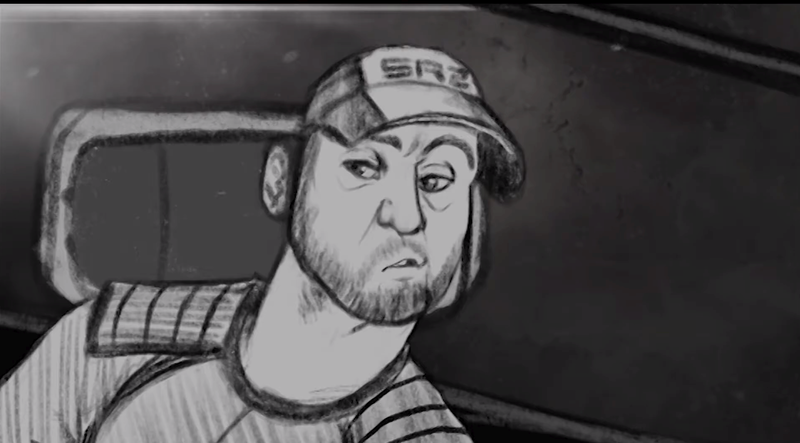 A still from the animatic, showing this was originally set in Mass Effect 2 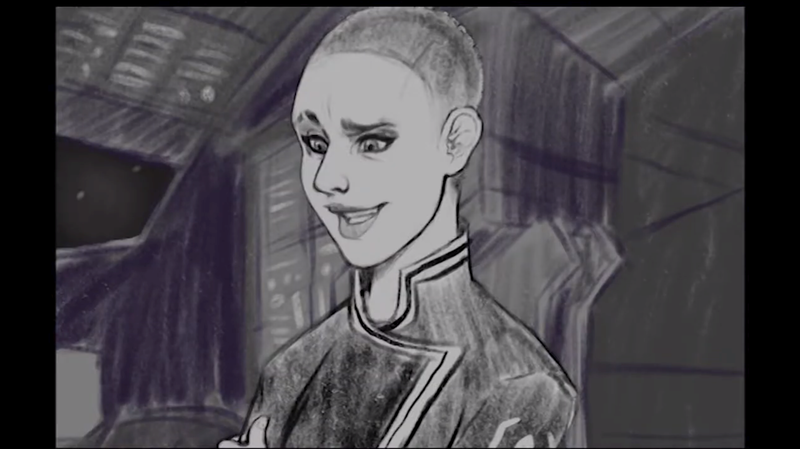 Tests were done with a bald FemShep for a few reasons but eventually moved to the game's default appearance
Notably, the Mass Effect series does not have an officially supported toolset; something I contributed to during the course of this project's development in the form of making lip-sync automation tools available to the community. Everything, including camera work and key-based facial animation, had to be edited blind, without the freedom of a live preview in UDK. The only way to see changes made was to run the game.

Development began before the official announcement of The Legendary Edition releases. The process has begun in taking Hatboy over to Legendary Edition, using what I've learned to make HB:LE not just functional, but the definitive version of the project.